Imagine being alive for over a century and still not being ready to die—to be interested in and excited about (and sometimes disgusted with) the world.

Some of you will remember my grandpa Spencer, who was ill a year ago when his abdomen filled with fluid, which made it difficult for him to breathe and sleep. Spencer, who was exasperated by my lack of imagination when I suggested that he wasn’t feeling well because he was old. Spencer, who has lived through numerous wars, who served in World War II as a military police officer, who is outraged that we haven’t learned our lesson yet. Spencer, who has had four holes-in-one, who has spent more time on a golf course than most people spend alive at all. Spencer, who was married to the love of his life, Lucille, for sixty-seven years, who sat beside her as she died, who went on living when she was gone. 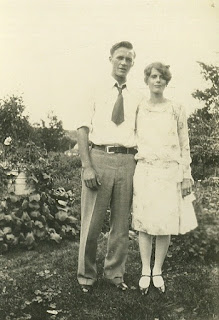 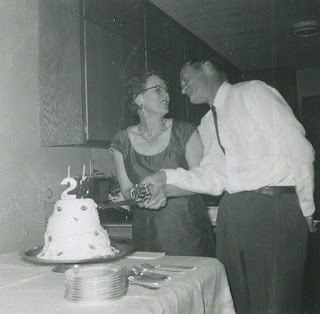 Today, my grandpa is 102 years old, and he’s better than ever. He would argue that he’s still a little wobbly when he stands, and he would probably lament how long it’s been since he’s held a golf club in his hands. But he’s eating more, sleeping better, and he’s even learning how to play chess. He’s started thinking about spring and the scenic drives he and my mom will take when Minnesota thaws.
There is no one like Spencer, and I’m so lucky to have him in my life and in my girls’ lives. Happy Birthday, Grandpa! I love you! 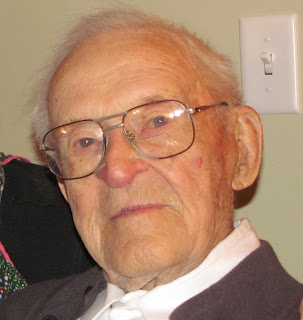 Please raise your glass to Spencer today!
Pin It

I’m a mother, writer and teacher. I’ve been helping moms tell the stories they need to tell since 2006. I’m the author of Use Your Words: A Writing Guide for Mothers (Viva Editions, 2012) and Ready for Air, a memoir about the premature birth of my daughter (University of Minnesota Press, 2013), and co-author of Silent Running (Triumph Books, April 2015). I teach in Ashland University’s Low-residency MFA program, and I teach online and at the Loft Literary Center and ModernWell in Minneapolis. I am also an editor and writing coach. Visit my website, www.katehopper.com for more information.

On Television
Kate on AM Northwest - August 14

Kate discussing Use Your Words with Marti and Erin on Mom Enough - April 30, 2012

Listen to Kate talk about writing and teaching on Mom Enough.

Interview with Kate in the Minneapolis Star Tribune

I do not receive pay for promoting or reviewing books or interviewing authors on Motherhood & Words, though I do sometimes receive free review copies from authors and publishers. My first responsibility is to my readers and I am committed to honest reviews. Please note that I do not trash books or authors, so if your book doesn’t work for me or isn’t a fit for Motherhood & Words, I will not post about it.